He thinks she’s out of his league.

Lyosha Makanov met Mila by chance, and now she’s all he thinks about. But the two couldn’t be more different, so Lyosha won’t go there. As a security expert, he skirts the law on the regular. Unlike Mila, the newest employee at Red Stone Security who spends her free time volunteering at an animal shelter. Despite his determination to stay away from her, when it becomes clear his past has come back to haunt him—and poses a threat to her—Lyosha immediately steps in. And he’ll cross any line to keep her safe.

But he can’t seem to walk away.

Mila met Lyosha when he brought in a half-starved, stray cat to the shelter she volunteers at. He tries to act tough—and okay, he is. He should be the last man she wants, but she loves his sexy tattoos, gruff demeanor, and that he has a marshmallow inside that only she gets to see. When someone threatens her, he’s convinced it’s linked to his past. He’s made it clear that he’ll protect her with his life—but he won’t give her his heart. Not when he blames himself for bringing danger to her doorstep. Except Mila isn’t the kind of woman who walks away from what she wants. And Lyosha finds himself unwilling to let her go without a fight.

To maintain her cover and keep her family off her back, they fake a relationship.

Having spent her whole life trying to prove she’s just as capable as her three older brothers, art retrieval expert Ivy Danger has landed the biggest gig of her career, one that will pay off the mortgage of the animal shelter she owns. That is, if she doesn’t die before finishing the job. Even if she locates the stolen art, the violent gang of thieves won’t give up their million-dollar payday without a fight. She has one person she can turn to for help—Nash Harris. Security expert, her brother’s best friend…and the gorgeous man of her fantasies who treats her like a kid sister. Not that she’d do anything about her attraction anyway—not when it would screw up her family dynamic if things went sideways between them.

Now it’s impossible to tell what’s real and what’s not.

Despite having known Ivy forever, “brotherly” is the last thing Nash feels for the sexy troublemaker. She’s it for him. The One. He’s known it for a while…but convincing Ivy is another matter. When they have to fake a relationship for her current job, things shift between them. They’ve worked together before, but she’s in over her head with this latest job. But before anything can come of it, he’ll have to keep her alive when she’s targeted by a dangerous group known for violent retaliation. Nash will do whatever it takes to keep her safe, to prove she can trust him—on the job, with her life, and with her heart. 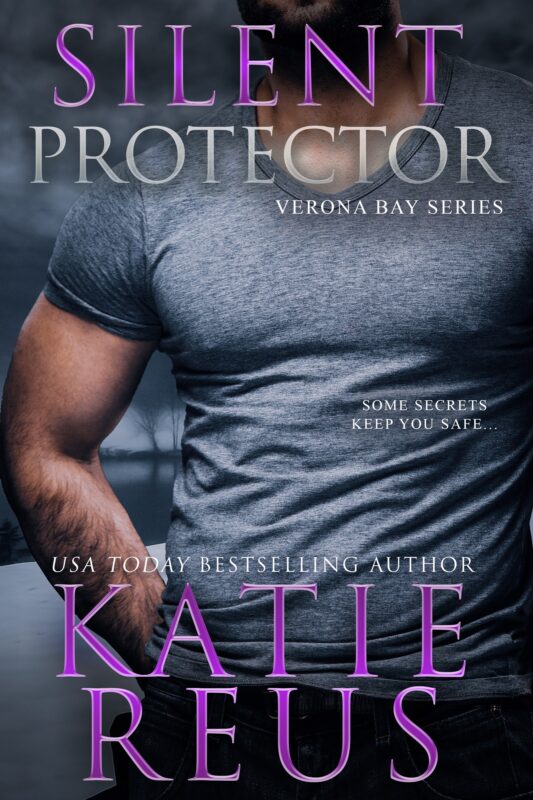 Some secrets keep you safe…

Adeline Rodriguez left her violent past behind, buried her secrets and started over in Verona Bay. Now a successful co-owner in a local pet grooming business, she’s made a life for herself in this idyllic community, and has real friends. Thanks to her past, the only thing she hasn’t mastered yet is a real relationship. And when circumstances lead her to finally let her guard down with sexy Mac Collins, he completely ghosts her. Her first instinct is to close herself off again, but she decides to confront him instead—and that fateful decision puts her directly in the crosshairs of a killer.

Others can destroy you…

Mac has wanted Adeline since the moment they met, but she made it clear that she didn’t want a relationship. So he kept his distance. When they’re trapped together in a remote cabin, things change between them. But Mac’s past has come back to haunt him, so he pushes her away to protect her. Unfortunately, it’s already too late. Adeline is now a target too. To save her, Mac has no choice except to end the threat. Only then can he try to win over the woman he can’t live without. But winning over the feisty Adeline might prove to be harder than stopping a killer.

After a video of her modeling her friend’s new clothing line goes viral, Gia suddenly finds herself thrust into the spotlight. She never wanted fame—she was just having fun and helping a friend. Unfortunately now she’s got a target on her back. Someone out there will do anything to destroy her. Someone who wants her dead.

As his best friend’s sister, Gia is off limits. She’s also the woman of Lawson’s dreams—and hottest fantasies. When she’s targeted by a vicious stalker, all bets are off. As a Red Stone Security expert, he’ll keep her safe at any cost. What he doesn’t know is how he’s going to keep her out of his bed, because he’s never wanted anyone as badly as he wants her. He’s all about rules—it’s why he’s such a good bodyguard—while she seems determined to test his control at every step. But if they want to survive, they’ll have to work together to stop the killer…before it’s too late.

Dimitri’s world is turned upside down when he meets Zamira. The sweet single mom knows nothing about who he used to be. He should stay away, because he’s the last thing she needs in her life. But when she’s targeted by a threat from her past, he can’t keep his distance any longer.

She’s been burned before.

Zamira is a widow raising her twins with the help of her big family. After a devastating betrayal by her deceased husband, dating hasn’t been on her radar in years—until she meets a man who makes her feel alive again. But before she can think about taking the next step with him, a deadly secret threatens to rip her world apart. She knows she can’t handle things alone, yet when Dimitri steps in she realizes he has secrets too. He’s more dangerous than anyone she’s ever met. And the biggest threat he poses is to her heart.