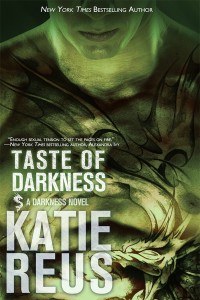 He spent more than a thousand years imprisoned in hell…

Drake is an ancient dragon shifter, one of the most powerful beings in existence, but a millennium trapped in utter darkness has left him ill-equipped for modern society. If it wasn’t for Victoria, the sweet female brave enough to befriend him, he’d be lost. She’s smart and gorgeous and everything he never dared dream of during his years of agonizing loneliness. He may not have anything to offer her, but one thing he knows for sure: he’d die to keep her safe.

Only to fall into the heaven of her touch.

Victoria is a wolf shifter, healer of the Stavros pack.  She’s seen a lot, but she’s never met anybody quite like Drake, the fiery, fascinating shifter who can blaze through the skies unseen by mere mortals. He’s lost, dangerous, and the last male she should fall in love with, but the more time she spends helping him navigate modern life, the deeper—and hotter—their connection becomes. She’s thrilled when they finally locate his family, but reuniting with his people plunges them both into unimaginable danger. It’s a race against the clock trying to figure out who wants them dead and who they can trust, especially when the threat is closer than they ever imagined.

Drake glanced at Victoria out of the corner of his eye, trying not to flinch when she ran through another light. Yellow-ish, she liked to call them, when in reality they were already turning red by the time she blew past them. “Perhaps I should have asked someone else to teach me to drive.”

She looked at him, her emerald green eyes flashing with confusion. “Why?”

“You might want to keep your eyes on the road,” he gritted out.

Her head snapped back to face forward, her long, midnight black hair making a swishing sound as she moved. “You’re such a baby,” she muttered. “My driving is awesome. I don’t know why you want to learn anyway, you can fly anywhere you want.”

He just grunted. As a dragon shifter, yes, he could fly anywhere, but he needed to learn to drive because he needed to blend in to this new, human world. After being held captive in Hell for most of his life—over fifteen hundred years—this new world was jarring. Especially all the technology and these stupid vehicles. He would survive a crash but he didn’t like the sensation of being trapped in these small metal boxes.

Victoria took a sharp turn, and when he gripped the handle on the door, she giggled. Which told him she’d done it to intentionally rile him up. That immediately relaxed him. He enjoyed their relationship and the subtle ways she teased him. He hadn’t experienced innocent teasing since he was a young boy. If he had at all. He didn’t have memories so much as impressions that his life had been different once. He’d been locked in Hell for so long that sometimes reality was difficult to decipher.

Four months ago he’d broken out of Hell because an insane vampire—now dead—had done a ritual spell to open a Hell Gate and release Akkadian demons. The male deserved his death for that alone. Akkadian demons were the scourge of Hell and would have ruined this beautiful planet. Drake had managed to escape and in the process helped Vega, a young hybrid vampire-shifter escape captivity. In doing so, he’d been taken in by Vega’s pack. And then he’d found his future mate in Victoria.

Of course Victoria didn’t know this. No one did. And he wasn’t telling her or anyone. She deserved a male who could drive a vehicle and who understood her world.

Not a fucked up loser with no family and no way to support her. That would change soon though. He was smart and a hard worker. He just needed to learn a few more things. Then he would cross the bridge of admitting all the things he’d done in Hell. Maybe. He hadn’t decided if Victoria needed to know everything about him yet. Especially since he couldn’t be sure she’d accept his darker side.

He heard her phone buzz in her purse on the floorboard next to his feet, but she ignored it so he did too.

“Okay, we’re going to start here,” she said as she pulled into a parking lot behind the local mall. His first trip to the mall had been disastrous but he didn’t want to think about that now. She parked in an empty spot then got out of the truck so he followed suit.

They met at the front of the vehicle as he rounded toward the driver’s side. Stopping her, he gently touched her hip, the possessive action as instinctive as breathing. “Thank you for teaching me,” he murmured. He’d been too embarrassed to ask anyone else in the Stavros pack, but more than anything he wanted to spend time with her and this had been as good an excuse as any.

Her cheeks flushed pink as they always did when he touched her. So he tried to do it as often as he could without seeming obvious what his intentions were. He wanted to kiss and lick every inch of her. It didn’t matter that he’d never been with a woman, he knew exactly what he wanted from Victoria, what kind of pleasure he wanted to give her. That fresh mountain spring scent of hers intensified. It always happened when he touched her and he wasn’t sure what it was, but he liked it. It didn’t matter that they lived close to the beach, she smelled like the mountains, crisp and fresh. He’d been in the mountains before, although he didn’t yet remember where and when. He was determined to reclaim his past, and one day soon he’d remember everything.

“You’re welcome.” She looked as if she wanted to say more, but she quickly averted her gaze and pulled away from him.

Her dark hair was an inky waterfall down her back, making him fantasize about what it would be like to run his fingers through it if she ever let him kiss her. When his cock started to harden as it always did in her presence he thought of other things to force it down. All he had to do was drag up one of thousands of images or memories from the last thousand plus years of his life and his erection disappeared instantly.

As he slid into the driver’s seat, Victoria was already buckling herself in. “First things first. Always strap in. As supernatural beings we’re pretty much going to survive any crash, especially you, but the police are more likely to pull you over if you’re not strapped in.”

“I’m certain they could pull you over for many other infractions,” he murmured, doing as she instructed with the seatbelt.

She blinked once before letting out a loud laugh. The sound reverberated through him and something told him that hearing it would never get old. After living so long in the worst place imaginable, hearing Victoria laugh soothed his soul.