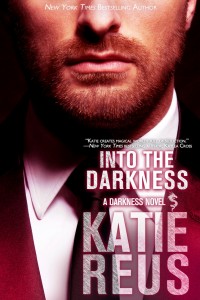 One book. Two stories. A demigod and a half-demon are about to get married. Which means a week of festivities, romance, fun, and the kind of crazy drama wolf shifters are known for. When someone targets the Stavros pack, everyone bands together to fight an unknown enemy and two couples will fight for their chance at happily ever after.

She’s not looking for a mate…

Rhea is a warrior. She’s bled and fought for the Stavros wolf pack for over a hundred years. She never expected to fall for the Alpha of a dragon clan. But when her past comes back to haunt her, she finds herself working side by side with the very man whose been staring in all her fantasies. She never wants to get mated because she’ll never risk getting someone she cares for killed. Not again. So she convinces herself that they have something fun and easy, no strings attached.

But he’s playing for keeps…

Conall, Alpha of the Petronilla clan, has been biding his time claiming his future mate. At fifteen hundred years old he’s patient and cunning. Except when he’s around Rhea, years of civilization are stripped away and all he wants to do is possess her, make her his forever. But something happened in the stubborn woman’s past and she’s determined to keep walls between them. It’s a good thing he’s a dragon. He’ll just burn down every last barrier between them and claim what’s his. But someone from her past is threatening her and her pack—and the life of the woman he’s waited a lifetime to make his own.

Shifters, vampires and dragons are real…

A year ago Liberty had no idea that things that go bump in the night actually existed. But supernatural beings are real. And that’s just the tip of the iceberg in her new reality. Saved from a Hell realm by a team of half-demons and a demigod, she finds herself falling for her sexy rescuer Rory more and more every day. She’s worried she’s too broken to ever have a relationship again, but the more time they spend together, the harder it is to deny her attraction.

And when they choose a mate, they don’t give up easily.

Half-wolf, half-demon Rory has been looking out for Liberty ever since rescuing her from hell. And since she’s the wedding planner for his half-brother’s wedding, he sees her all the time. Not to mention he just happens to spend every night in her bed. Unfortunately he’s in wolf form when he stays over. He’s not sure what it’s going to take to move from friend to more, but he’s willing to wait forever if that’s what it takes. Because Liberty is worth fighting for, and he’ll do whatever it takes to make the brave survivor his.

Rory grunted a non-response, took a sip of his beer as he watched Liberty talking to one of the servers helping with the party. He vaguely recognized the female, knew she was part of the Stavros pack.

Liberty’s hands were on her hips, the black and gold sequined dress pulling taut across her lush breasts. She’d gained a little weight in the last few months, weight she’d needed to put on, but she was still slender and delicate looking. Her long blonde hair was softly curled tonight and she had on a hair band with feathers on one side to complete her ensemble. She was the picture of confidence.

It was when she wasn’t in the ‘work zone’ as she called it, that he could see her insecurities.

Hell, it had taken her a couple months just to leave the damn house. “She told me she didn’t want me staying over anymore at night. Doesn’t want me to be her crutch.” The confession cost him more than he wanted when he saw the flash of something in Bo’s eyes. Maybe pity.

He didn’t get her reasoning either. He wasn’t her crutch. He just wanted to protect her. It was what mates did. They looked out for each other. But he didn’t have much experience with females so maybe he was doing things wrong. He still had trouble adjusting to the human realm. Sometimes he didn’t act exactly right in social settings.

Finally his brother spoke, his words careful. “That’s not necessarily a bad thing.”

Rory looked away from him, scanning the crowd. The place was packed with wolf shifters and dragon shifters. His wolf was okay in this place, but his demon half wasn’t loving it. Being back in the human realm had some drawbacks. “Why is that?” he asked.

Bo cleared his throat, looked over to where his mate was. Rory followed his gaze to see Nyx on the dance floor with some females from the Stavros pack tearing it up.

He couldn’t help the laugh that bubbled up. “For all her gifts, she’s a terrible dancer.”

Bo grinned, the adoration on his face ridiculous. “I know.”

The first time he’d met his half-brothers, Bo had told Rory and Ian that they would stay twenty feet away from Nyx at all times. He’d been in an insane protective mode. And okay, just plain insane over the female. It had been clear that she could do no wrong in his brother’s eyes. Even when she looked like she was trying to fight her way out of a blender—and called it dancing.

His brother cleared his throat. “Nyx said Liberty’s trying really hard to stand on her own two feet.” Bo lifted his eyebrows meaningfully, as if that should explain everything. “You know what I mean?”

No, he didn’t fucking understand. He wasn’t trying to stop her from that. But he’d gotten used to sleeping near her. He didn’t want things to end. Every part of him was content when they were near each other. If someone had tried to explain the feeling to him before he’d met her he wouldn’t have come close to understanding.

And . . . she still had nightmares. She could deny it all she wanted, but even if she hadn’t been crying out in her sleep lately, she still tossed and turned and woke up in a sweat. She tried to cover it, but she couldn’t hide from his supernatural ability to scent her. She’d been repeatedly assaulted by the leader of a band of half-demons. The male hadn’t shared her with the others, but it didn’t matter. He’d hurt her in ways that made Rory wish he could bring the male back to life so he could torture him for weeks, months . . . it would never be enough. At least she was getting help from Ophelia. Every time Liberty saw the healer she seemed stronger.

“I’ll take that surly growl for a no…” Bo trailed off, watching as Nyx knocked over a tray of glasses from a passing server. He stopped the glasses midair using his demon-half’s gift.

A few of the shifters stared but most had seen Rory’s brother in action before. “Go be with your mate, ignore my grumpy ass. This is your week and I’m happy for you.” He clapped Bo on the shoulder, glad his brother had found true happiness.

Rory couldn’t believe that less than a year ago he and Ian didn’t know they had other siblings. So far they knew they had Bo and Cynara . . . their half-sister who was around here somewhere. With her shocking purple hair it was hard to miss her so she must have stepped out. But considering what a douche their father was, they all figured they had more siblings they might never know about.

As Bo moved toward his mate with a heated look, Rory knew they’d be leaving their own party soon. Or at least using one of the rooms upstairs.

Sweet heaven, he hoped they used a freaking room. He’d lived with them for a couple months and those two were not quiet. Turning back, he scanned the room again, his gaze immediately drawn to Liberty.

He wanted her with a desperation that made it hard to think some days. His wolf and demon halves had been going crazy not being able to touch her, claim her. But he had to hold back because she wasn’t ready and he didn’t want to scare her.

When he saw her talking to Solon, his wolf snarled and clawed at the sight of her smiling up at the male. His demon half just wanted to attack, which he knew on every level of normalcy was insane. But his demon side had never wanted anything the way he wanted Liberty.

Without conscious thought, Rory set his bottle down on a tray of one of the passing servers and maneuvered his way through a cluster of high-top tables.

He heard someone calling his name, but he ignored them as he reached Liberty and Solon. Liberty blushed but smiled when she saw him. “Hey, are you having a good time?”

“Yeah, this party’s amazing. You did a great job.”

The pink in her cheeks deepened, giving him dirty, dirty thoughts. Which made him feel like a dick. She was still healing, she couldn’t possibly want him the way he wanted her. Rory turned to Solon, not bothering to paste on a fake smile. “Some female was asking for you. Said you promised to show her a good time upstairs or something.”

Solon blinked once in complete surprise—at Rory’s obvious lie—before his eyes narrowed. “Thanks,” he muttered, and stalked off.

Liberty raised her eyebrows. “I heard he was a player,” she murmured, laughing lightly.

Rory didn’t know if the guy was or not and didn’t care. He didn’t like the male talking to Liberty and he felt no guilt.