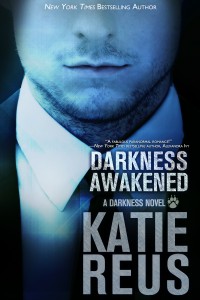 Years ago he ended things between them to protect her…

As leader of one of the fiercest werewolf packs in the south, Finn Stavros is in full battle mode 24/7. He has no choice—he’s one of the few beings strong enough to fight the Akkadian demons, whose mysterious escape from hell threatens the entire world. With the battle turning bloodier by the second, Finn is ready for anything…until his vampire long lost love shows up on his doorstep in desperate need of his help, sending his heart into a tailspin. He agrees to help her, unaware that she carries a shocking secret that will turn his life upside down.

This time, he’s not letting her go…

Vampire Lyra Marius curses the day she met Finn. The ruthless werewolf promised to love her forever, but he rejected her instead—before she could share her life altering news. Pregnant, kicked out of her coven, and cast aside by the love of her life, Lyra struggled to raise their rare shifter-vampire daughter Vega alone among humans. When the 16-year-old is kidnapped and used to fulfill a frightening prophecy, Lyra swallows her pride and turns to Finn for help. But how long can she fight her feelings for him and keep him from guessing the truth about who Vega really is? As they race against the clock to save their daughter, they must defeat the lethal threat imposed by demons infiltrating the human world and a hell gate that could not only reveal their existence to mankind, but destroy the world in the process.

As Finn steered out of the alley, he glanced at his phone. Three missed calls from Spiro, one of the wolves he had running patrol at the compound tonight. Definitely not a good sign. He put in his hands-free earpiece and called him back.

Spiro picked up on the first ring. “Boss, we have a problem. There’s a vampire here who says she knows you and needs to speak to you. She’s injured two of our warriors and we’ve got her cornered by the edge of the house but…I get the feeling she’s letting us corral her. I’ve never seen a vampire move so fast. She said you two have a history together.”

Something tightened in his chest. Once he’d killed his uncle, Finn had searched for her for years; was still covertly looking for her. It seemed impossible, but… “What does she look like?”

It hurt to breathe for a moment, but he made his throat work. “I’m on my way. Do not let her leave, but no one better injure her. They do, they die.” He ended the call and gunned the engine. He was only minutes away but suddenly it seemed like an eternity stretched before him.

Finn knew only one vampire that fit that description and he hadn’t seen the alluring woman in seventeen long years.

The blonde-haired vampire with the unique grayish-violet eyes, sharp cheekbones and an adorable smattering of freckles over her nose had haunted his dreams for too long. She had an innocent quality about her that was refreshing. Having been raised to believe that all vampires were evil creatures it had surprised him when he’d first met her. Not a night went by that he didn’t think—fantasize—about her. His cock hardened as her familiar image flooded his vision and he inwardly cursed his lack of self-control. With her, he’d never had much of it. Then again, neither had she.

After they’d broken up he’d tried to keep tabs on her but she’d fallen off the face of the earth. The vampire and werewolf communities didn’t exactly communicate. Not openly anyway, and he hadn’t been able to find out where she’d gone. He’d hoped she’d been living safely among her own kind. With her royal family. Protected and treasured as she should be. But after killing his uncle he’d heard a rumor she’d left her coven. He hadn’t been able to validate it as truth or not. After that shred of gossip, there had been no word, not even a whisper of her, for the past seventeen years among any of his contacts. It was like she’d vanished.

It seemed too much to hope she was at his compound, but his heart rate increased just the same.

To see her again, to hold her again… His throat squeezed at the thought. Pushing her out of his life had been the hardest thing he’d ever done, but he’d had no choice.

Their affair had been short, intense, and completely forbidden. Vampires and werewolves were natural born enemies. They didn’t sleep together, much less fall in love. Until he and Lyra had.